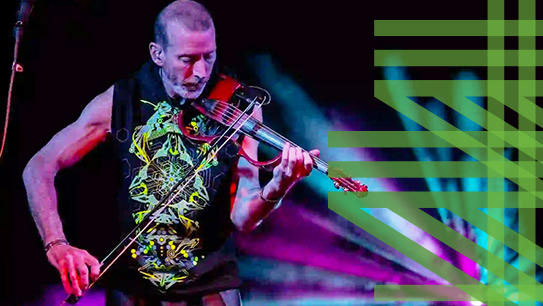 You’ve never heard violin like this. Improvising on a 5-string electric violin with a looping system he developed, Dixon creates an all-live, one-man symphony of sound. This is music that will mesmerize you, move you, transform you.

Dixon is the only one in the world doing what he does. Very few violinists are both classically-trained (symphony-level) and able to improvise. To also have a command of such a wide range of pedal effects is nearly unheard of. But what sets Dixon apart is his empathy and presence - always conscious of the energy in the room, baring his soul through his instrument, guiding and inspiring the listeners through his words and bittersweet, beautiful sounds.

Classically trained, beginning at age 10. Highlights include: assistant concertmaster of the Flint Youth Symphony (one of only two youth orchestras in the U.S. invited to perform at the Olympic stadium in Munich, Germany), member of the Dort Honors Quartet, assistant concertmaster University of Michigan-Flint Symphony, principal second violinist of the Detroit Symphony Civic Orchestra, and performed with the Midland Symphony (1996-1997).

In the 2000’s, Dixon played with numerous bands, in styles ranging from gypsy, jazz, blues, rock, klezmer, electronic, and middle-eastern.

Dixon got his solo start wowing crowds at virtually every major avant-garde event in Detroit, as well as with its major performance troupes. In 2011, he launched his first national solo tour, and has since been gaining tens of thousands of fans, millions of online views/listens, and is receiving acclaim headlining and performing at roughly 120 festivals and shows per year across North America!

Dixon had been playing classical music all his life, but in 2005 everything changed. A trip to the Burning Man festival
challenged him to improvise and gave a perfect opportunity to create his own music for the first time. “When I saw the look in people’s eyes, that I could move them with my own music, it changed my life. I made up my mind then and there to rearrange my life priorities. I had been playing for 25 years, but for the first time I truly fell in love with music.” 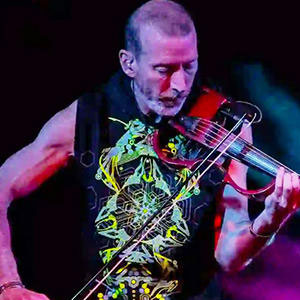 You’ve never heard violin like this. Improvising on a 5-string electric violin with a looping system he developed, Dixon creates an all-live, one-man symphony of sound. This is music that will mesmerize you, move you, transform you.