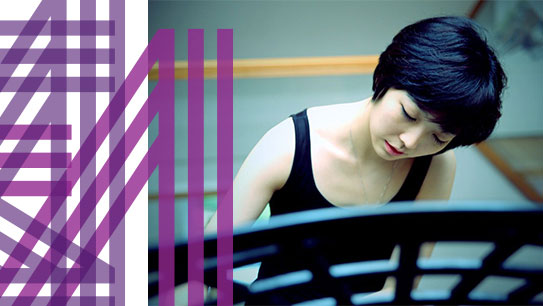 This amazing young American pianist captivates audiences with her radiant virtuosity, artistic sensitivity, clarity and precision. Claire Huangci becomes the music that she performs, with simplicity, utter dedication, and reverence.

Claire Huangci, the young American pianist of Chinese descent and 2018 Geza Anda Competition first prize and Mozart prize winner, has succeeded in establishing herself as a highly respected artist, captivating audiences with her “radiant virtuosity, artistic sensitivity, keen interactive sense and subtle auditory dramaturgy” (Salzburger Nachrichten). Her unusually diverse repertoire, in which she also takes up rarely performed works, is illustrative of her remarkable versatility.

In the 2019/20 season, the pianist makes her debut at the Lucerne Festival, Philharmonie de Paris and Festspielhaus Salzburg, returning with recitals to the Elbphilharmonie, the concert halls in Vienna and Berlin, Ruhr Piano Festival and MDR Musiksommer. She also performs with the orchestras of the Staatsorchester Stuttgart, Konzerthausorchester Berlin, Bochumer Symphoniker and the Baseler Kammerorchester as well as internationally, travelling from Scandinavia to Spain and Portugal and on to Poland, Russia, Asia, and Latin and North America.

Claire Huangci began her international career at the tender age of nine with concert performances and competitive successes. She received significant input from her teachers Eleanor Sokoloff and Gary Graffman at the Curtis Institute in Philadelphia and then studied under Arie Vardi at the University of Music, Drama and Media in Hanover. She especially stood out early in her artistic career as an expressive interpreter of Chopin’s music, winning first prizes at the Chopin Competitions in Darmstadt and Miami in 2009 and 2010. She also became the youngest participant to receive second prize at the International ARD Music Competition in 2011.

After recording her debut CD with solo works of Tchaikovsky and Prokofiev and her prizewinning double album of Scarlatti sonatas (German Record Critics’ Award and Gramophone Editor’s Choice), she released highly acclaimed recordings of Chopin’s Nocturnes in 2017 and in 2018 of Rachmaninoff’s complete Préludes: “Numerous songs without words unfold here […]. Everything becomes part of a narrative flow that at the same time perfectly captures Rachmaninoff’s creative essence and intentions” (Marco Frei, Piano News). Following recordings of Beethoven’s violin concerto in the piano version and Fantasia for piano and orchestra by Schubert / Kabalewski with the RSO Vienna, her first orchestral album with the Deutsche Radiophilharmonie Saarbrücken under Shiyeon Sung was released in autumn 2019: this recording of the early piano concertos by Chopin and Paderewski shines with a dynamic, youthful energy on both beloved and lesser-known works. 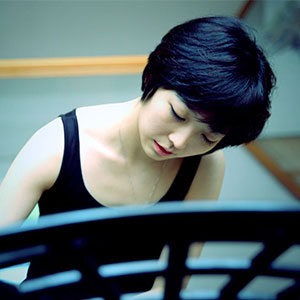 This amazing young American pianist captivates audiences with her radiant virtuosity, artistic sensitivity, clarity and precision. Claire Huangci becomes the music that she performs, with simplicity, utter dedication, and reverence.