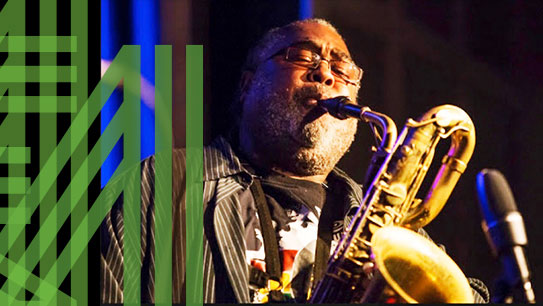 Led by Michigan-born baritone saxophonist Alex Harding, Organ Nation explores all facets of African-American music from deepest blues to the funkiest funk to the most swingin’ swing–with Djallo Djakate on drums and Organissimo’s Jim Alfredson on the Hammond B3.

ALEX HARDING
Alex Harding was born on April 5, 1967 in Detroit, Michigan. At the age of six, Alex knew what he wanted to do in his lifetime: to be a musician. He started to pursue his dream. Alex started on Drums & a few years later after hearing Grover Washington Jr on the radio playing Mr. Magic Alex switched to the tenor sax. Mr. Harding took band classes in elementary, middle school & high school, entering musical competitions and shows. He chose to attend Northwestern High School so he could study music under the direction of Mr. Ernest Rogers, a renowned musician & teacher. It was during high school that Alex decided to make the baritone sax and bass clarinet his main instruments.

Alex Harding studied music in his early years with Yusef Lateef, Beans Bows and Herbie Williams, and played with Wynton Marsalis and Donald Byrd while still in high school. Alex went on to win music scholarships to the University of Massachusetts and the Aspen School of Music. Alex’s first European engagement in 1990 was in Porgy and Bess. A year later, he went to Mexico to the Arts and Music Festival with percussionist Francisco Mora.

In 1996, Alex joined Hamiet Bluiett’s Baritone Group and appeared with the Mingus Big Band, Jayne Cortez Firespitters and Lester Bowie’s Hip-Hop Philharmonic. He also recorded with Greg Osby, Frank Lowe, David Lee Roth and Rodney Whittaker. The following year, Alex recorded At Doctor King’s Table with the Julius Hemphill Sextet, a CD with Hamiet Bluiett’s Baritone Group, and he made his debut with the Sun Ra Arkestra under Marshall Allen’s leadership. In 1998, Alex was part of the Sun Ra All-Star Project that premiered at the North Sea Jazz Festival and the Montreux-Detroit Jazz Festival. More recently Alex has performed with the Roy Hargrove Big Band and with Aretha Franklin.

In the October ’97 issue of Jazz Times, the review of Hamiet Bluiett’s Baritone Band said that Alex Harding: “…attacked the music with steamroller momentum and uncommon ferocity…it was sheer fireworks."

Alex Harding has recorded several CD's for CIMP label and since 2008 he has performed on Broadway and toured with the (3) Tony Award winning show FELA !!!!

A powerful and innovative saxophonist, Alex Harding has a unique and contemporary baritone sound. The sincerity of his musical _expression and the dynamism of his performance reaches out and touch the human spirit and soul. 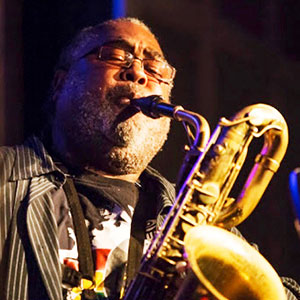 Led by Michigan-born baritone saxophonist Alex Harding, Organ Nation explores all facets of African-American music from deepest blues to the funkiest funk to the most swingin’ swing–with Djallo Djakate on drums and Organissimo’s Jim Alfredson on the Hammond B3.